Board of Directors - Tata Technologies

We place cookies on your device to enable this site to work, to enhance your user experience and to improve our services. Some cookies we use are necessary for the site to work, while others are used to help us manage and improve the site and the services we offer you. If you’re happy to opt-in to our use of cookies just click the "Accept all" button

Tata Technologies Board of Directors

Mr. S. Ramadorai was in public service from February 2011 to October 2016. During his tenure as the Chairman of the National Skill Development Agency (NSDA) and the National Skill Development Corporation (NSDC) his approach was to standardize the skilling effort, ensure quality and commonality of outcomes by leveraging technology and create an inclusive environment to co-operate, collaborate & co-exist.

He strongly believed that empowering the youth with the right skills can define the future of the country. Mr. Ramadorai is currently the Chairman of the Advisory Board at Tata STRIVE, which is the Tata Group’s CSR skill development initiative that aims to address the pressing national need of skilling youth for employment, entrepreneurship and community enterprise. He is also the Chairman of Tata Technologies Limited and additionally serves as an Independent Director on the Boards of Piramal Enterprises Limited, Piramal Pharma Limited and DSP Investment Managers. In March 2016, he retired as the Chairman of the Bombay Stock Exchange (BSE Limited) after having served on their board for a period of 6 years.

Mr. Ramadorai took over as the CEO of Tata Consultancy Services (TCS) in 1996 when the company’s revenues were at $ 155 million and since then led the company through some of its most exciting phases, including its going public in 2004. In October 2009, he retired as the CEO, leaving a $ 6 billion global IT services company to his successor. He was then appointed as the Vice Chairman and retired in October 2014, after an association of over 4 decades with the company.

Given his keen passion to work for the social sector and community initiatives, he also serves as the Chairman on the Council of Management at the National Institute of Advanced Studies (NIAS) and is the Chairperson of the Governing Board at the Tata Institute of Social Sciences (TISS). He is also the President of the Society for Rehabilitation of Crippled Children (SRCC) – which has recently built a super specialty children’s hospital in Mumbai. In February 2020, Mr. Ramadorai was also appointed as the Chairperson of the Kalakshetra Foundation’s Governing Board by the Union Ministry of Culture.

In recognition of his commitment and dedication to the IT industry he was awarded the Padma Bhushan (India's third highest civilian honour) in January 2006. In April 2009, he was awarded the CBE (Commander of the Order of the British Empire) by Her Majesty Queen Elizabeth II for his contribution to the Indo-British economic relations. In 2016, he was also awarded The Economic Times - Lifetime Achievement Award for his glorious contribution to Tata Consultancy Services.

His academic credentials include a Bachelor’s degree in Physics from Delhi University (India), a Bachelor of Engineering degree in Electronics and Telecommunications from the Indian Institute of Science, Bengaluru (India) and a Master’s degree in Computer Science from the University of California – UCLA (USA). In 1993, Ramadorai attended the Sloan School of Management’s highly acclaimed Senior Executive Development Program.
Ramadorai is a well-recognized global leader and technocrat who has participated in the Indian IT journey from a mere idea in 1960’s to a mature industry today. Ramadorai captured this exciting journey in a wonderfully personalized book titled 'The TCS Story...and beyond' which was published in 2011 and remained on top of the charts for several months.
Among his many interests, Ramadorai is also passionate about photography and Indian classical music.

Mr. Warren Harris has been with Tata Technologies and its predecessor companies for more than 25 years. His roles have evolved from engineer to a number of technical management positions worldwide. Mr. Harris holds a Bachelor of Engineering Degree (Honours), earned in 1986 from the University of Wales Institute of Science and Technology.

He is a member of the Institute of Mechanical Engineers and is a Chartered Engineer. In October 2011, Mr. Harris graduated from the Harvard Business School Advanced Management Programme. In 2013, Mr. Harris was appointed to the Board of Overseers of the Malcom Baldrige National Quality Award. Mr. Harris is Chairman of the North America Tata Network Forum, a platform for dialogue between the leaders of Tata Group’s North American businesses. Click here for full bio.

Mr. Ajoyendra Mukherjee (Ajoy) completed his B.E. (Honours) in Electrical & Electronics Engineering from BITS Pilani in 1980. He joined Tata Consultancy Services, a leading global IT services, consulting and business solutions organization in 1980, immediately after his graduation from BITS and was the Executive Vice President & Global Head of Human Resources before superannuating from TCS in April 2019.

Additionally, he was also the head of India and Middle East & Africa (MEA) business units of TCS and also headed its Global CSR function.
During his tenure in TCS, Ajoy has worked in diverse roles and a variety of technical platforms. He has played a key role in several landmark engagements in Banking & Financial Services, Utilities, Manufacturing and Government. He has held key leadership positions and headed TCS operations in Eastern India, Country Head of Switzerland and South Africa and was also the Global head of Energy & Utilities Practice.

As the head of TCS Eastern India Operations, he has been a key architect for TCS' growth in the region and has led the delivery of a number of challenging programs for TCS customers worldwide from delivery centers located in eastern India.

In his role as the Head of Global Human Resources function for TCS since 2008, he played a key role in scaling up TCS to over 400,000 professionals spread across 50 countries and ensured that the global HR function continuously responded to the challenges and opportunities of a dynamic industry. As a member of the leadership team of the company, he has been driving initiatives to successfully navigate the company through multiple technology changes including the Digital Transformation journey of TCS and its customers. He played a key role in building a culture of continuous learning and upskilling at TCS that helped in building a skilled and culturally-diverse global workforce relevant for the customers changing requirements. During his tenure, TCS had the best Employee Retention rates in the Industry. Under Ajoy’s leadership TCS received many HR accolades and awards including the recognition as Top Employer globally for four consecutive years.

Ajoy, in addition to his HR responsibility was also head of TCS CSR function and was responsible for Global Strategy, Planning and Execution of key CSR engagements along with Partners to deliver the desired outcomes and served on the Boards of various TCS subsidiaries. Under his leadership TCS earned a place in the Global Dow Jones Sustainability Index (DJSI) for five consecutive years.

Ajoy superannuated from TCS in April, 2019 and now lives in Kolkata. He is currently associated with a number of Engineering Colleges in Kolkata as an advisor and serves as Director on the Boards of reputed companies in public and private sector. 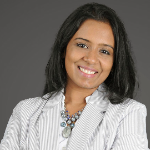 Her expertise is also called for in the areas of corporate governance and in managing risks and liabilities associated with compliance of ESG regulations. Her work in the private wealth practice, involves assistance with the use of wills, trusts, inter and intra family arrangements of closely held business interests, to enable clients to bequeath, transfer and manage business interests. She also leads the internationally recognized pro-bono practice of J. Sagar Associates.

Prior to J. Sagar Associates, Aarthi was a foreign legal consultant in the USA until 2006 concentrating on corporate and transactional advisory work in the US-India business corridor. She co-founded Vichar Partners, a law firm that merged its practice with J Sagar Associates in 2014.

Balaji joined as the Group CFO of Tata Motors Group, a $40bn enterprise in the automotive sector. He is delighted to join this exciting business as it turns around the Indian business and as a Board Member of Jaguar Land Rover, help shape the strategy to navigate the business through the multiple disruptions facing the auto industry.

In addition to Jaguar Land Rover, he is also on the Boards of Tata Motors Finance Limited, Tata Motors Finance Solutions Limited, TMF Holdings Limited, Tata Technologies Limited, Tata Consumer Products Limited and TML Business Analytics Services Limited.
Prior to this, he was the VP Finance for South Asia and CFO of HUL, where he handled the financial aspects of a $6bn business.
Balaji started as Management Trainee in Unilever in May 1993 and has had a wide ranging experience in various aspects of the business over the various stints that he has done in Finance, Supply Chain and Procurement.
Balaji is a Mechanical Engineer from IIT Chennai and a PGDM from IIM Kolkatta.